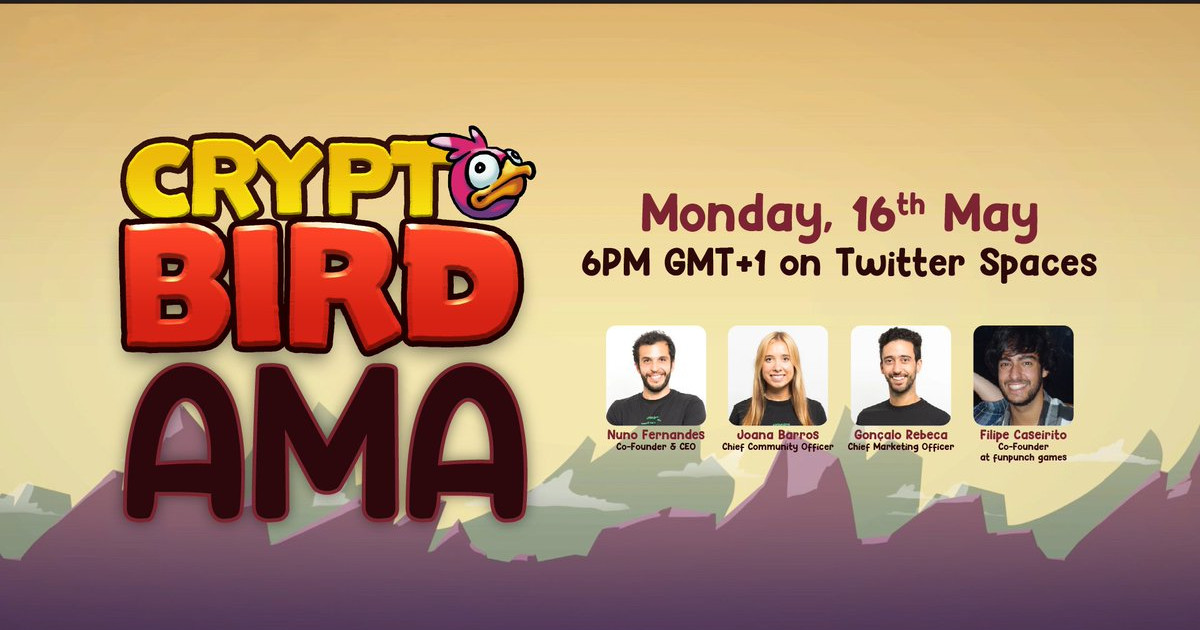 On the 16th of May 2022, Exeedme held a Twitter space with Filipe Caseirito, the co-founder of Fun Punch Games, the development studio that is developing the CryptoBird v2 game, the first game being launched on the Xpad.

During the AMA, Felipe and the Exeedme team revealed some CryptoBird v2 game features and answered community questions.

In this article, you will read the recap of the CryptoBird v2 AMA.

Filipe Caseirito is a game developer and the co-founder of the independent game development studio based in Lisbon Fun Punch Games.

He graduated as an architect in 2012, but he quickly figured out that he loved game development, so he started learning to code and develop games.

He has been developing games for 8/9 years now and the past six years at Fun Punch Games (his game development studio). Gameplay is the core thing he loves to do in game development. But he focuses on also game design and game balancing.

He has grown up playing Zelda games, but he loves to experiment with all types of games. They are an inspiration for him.

He considers himself one of the lucky ones that can say: “Hey, I’m playing for research“.

CryptoBird v1 was a slight variation of the FlappyBird game that had an unexpected success on the Exeedme platform with more than 30.000 active players.

Exeedme users played CryptoBird v1 while waiting for the CS:GO and Warzone matchmaking and to have a rest between the battles.

It was the perfect casual game to spend a cheerful time on the Exeedme platform.

How is the new version of CryptoBird?

There will be two CryptoBird modes, and each player will have a unique experience in the gameplay.

Players will access different rewards in the Exeedme style based on the selected mode.

Will it be a mobile game or just a PC one?

CryptoBird v2 is mainly developed for PCs, but since the game has easy controls, it would be playable also on mobiles.

Do you need a bird to play with CryptoBird v2?

In the Play2Earn mode, players need an NFT bird to play with CryptoBird v2. But people can play with the free mode without owning an NFT.

The NFTs birds will be unique in the visual sense and the gameplay. They’re built out of different traits, and each attribute will link to the gameplay differently.

For this reason, each player will have a unique experience in the gameplay.

For example, by playing with legendary wings on your bird, you will be able to control it much better and go through the levels.

How many traits will each NFT bird have, and how do they influence the gameplay?

Each NFT bird will be composed of five different parts, which are:

Each category will have different rarities, and each of those will influence the gameplay in different ways.

For example, wings will influence lift power when the bird flaps its wings. Therefore, a bird with high wing power maybe will not be easy to control.

The body will influence the weight of the bird. So the body will give you more gravity, and it will counterbalance the wing power.

For this reason, it will be interesting to see how the mix of the traits will influence gamers’ gameplay experience and style.

For example, a skinny bird with powerful wings will be not so easy to manage.

What modes will be available for people to play?

There are two modes:

Gamers can play with the Play2Earn mode only by using an NFT bird. In this mode, players will have a unique game character and a unique gameplay experience.

People can play with the free mode without owning an NFT. So in this second case, the character will be simpler than the NFT, and the gameplay experience will be standardized.

With Play2Earn mode or free mode, anyone can play CriptoBird v2, even if they don’t own an NFT.

Will gamers be able to earn on both modes: on Play2Earn mode and free mode?

Exeedme team wants to reward as many players as possible, so there are rewards for Play2Earn and free modes.

Rewards will be different based on which mode a player is playing.

Players that will play the Play2Earn mode will be eligible to earn the $XED tokens. So players who bought the CryptoBird NFTs can use the bird as the in-game character and have access to the rewards of the Exeedme leagues.

There will be several leagues, and the prize pool will be distributed across the leagues according to the rarity of the birds. And the higher a league, the higher the reward.

The Exeedme team have also thought about having NFT rewards for Play2Earn mode, but it is something that can’t be revealed at the moment.

With the free version, gamers can play the CryptoBird v2 game with a simpler character than the NFT but won’t have access to the reward pools, so they won’t compete for $XED tokens.

But since the Exeedme team wants to make the game accessible to as many people as possible, they will be handing some birds out to people who achieve the best scores than others on the free mode.

So even if you cannot purchase the crypto bird NFT during the pre-sale, public sale or even in the secondary marketplace, there will always be a chance to own an NFT bird.

At the moment, we know that there are these rewards:

What will be the prize pool?

The prize pool will be crowdsourced by the sales of the NFTs on the primary market.

After the public sale, the prize pool will be supplied by the royalties raised in the secondary market.

Will CryptoBird be a limited NFT collection?

Yes, CryptoBird will be a limited NFT collection.

There will be opportunities to get whitelist spots and make sure players can have a bird in the following weeks.

For example, CryptoBird v1 will be re-released on the Exeedme platform, and by playing with that version, people can get access to some whitelist spots.

CryptoBird v2 is mainly developed for PCs, but it would be playable also on mobile.

By owning an NFT bird, gamers can play with the Play2Earn mode and get access to $XED tokens price pools.

People who don’t own an NFT can play with the free mode and compete for NFTs rewards.

CryptoBird is a limited NFT collection whose NFTs are unique and composed of five different traits, and each attribute will link to the gameplay differently. For this reason, each player will have a unique experience in the gameplay.

There will be opportunities to get whitelist spots in the following weeks, for example, by playing the CryptoBird v1, which will be re-released on the Exeedme platform or by following the Exeedme Twitter account. 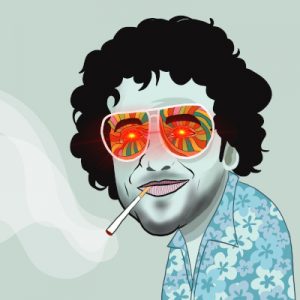 I’m a crypto enthusiast. I’d like to share my knowledge and experiences in the crypto space with others. Read more on the about page.